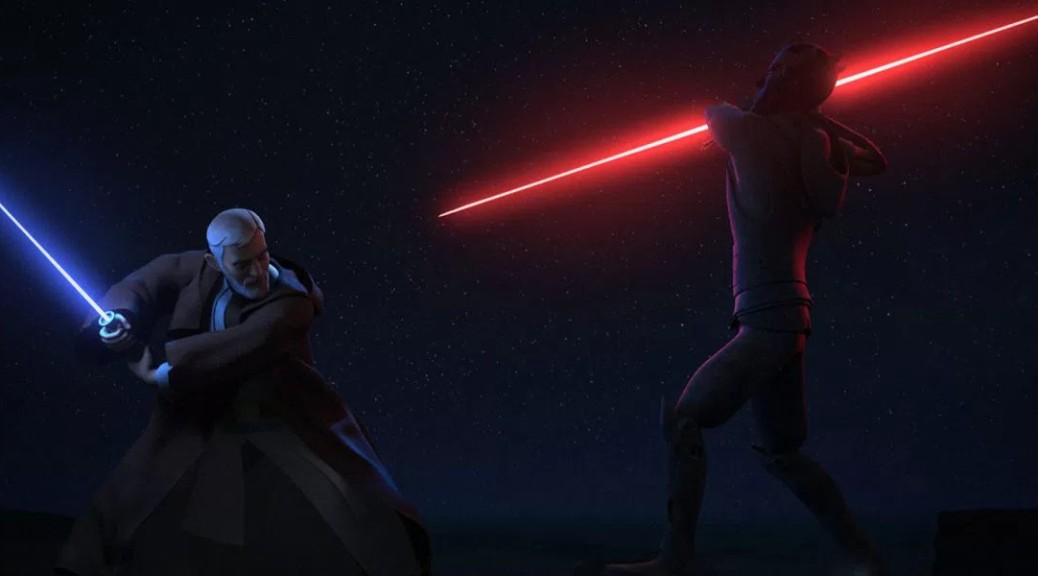 Do you please your audience, or do you please the depiction of the story you had in mind?

This is something that has been a long time in the making now, from various posts on my Twitter account and rigorous conversations regarding one of my earlier posts in regards to Master Chief Petty Officer. John-117’s death in the Halo Universe.

I just quite couldn’t make my voice heard that well, and I couldn’t put my finger on what I actually thought to deliver a cohesive argument in 140 characters or less.

But it wasn’t until Star Wars Rebels episode Twin Suns came out, and an intense study of what the producers and everyone who worked on it thought in regards to it, that I actually started to see a clear image on the matter.

So, I think the best way to start this is to quote Carrie Beck, Producer of Star Wars Rebels in Rebels Recon 3.20, Inside Twin Suns.

“Going into this, I know we had a really rigorous conversation around the idea, of whether or not this is something we should be doing. And especially knowing the journeys of both of those characters. Really making sure that that moment was being constructed from a place of what the story demanded. Not from a place of something that we all personally wanted to see.”

So, what does this mean in the context of what I want to say here? Well, it’s very clear. Storytelling is something that you shouldn’t tread lightly with, every possible outcome and possibility must be tackled and considered in an equal amount. That’s where all the great stories come from and where all the amazing characters are born from.

George Lucas surely created his universe with everything thought out, you could tell, going into rigorous studies of the Star Wars universe it is easy to tell the amount of love and work he placed into the universe.

And this is what a writer and storyteller should do, critical thinking of your own story of every possibility. The world is your playground, and you shouldn’t be afraid to use complete freedom in crafting your universe or stories.

Which brings me to another point. Do you appease your audience? Or do you allow yourself to create something that is entirely unbiased and of your own doing?

The Outlast series by Red Barrel Games is a clear cut example of this, it’s something that is seemingly created with the experience and not the player, from the story to the gameplay itself, it boils down exactly to the creators want and not what the creators think the audience wants. This is an example of full creative freedom done right, without fearing what the audience must or mustn’t say.

And with their recent new game in the series Outlast II they only followed this trend, allowing themselves to create something that isn’t just scary through and through, but a full experience of countless taboo topics used with a freedom that to this day remains unparalleled in regards to what I can see.

[POSSIBLE SPOILERS SKIP AHEAD IF YOU MUST]

Outlast 2 utilises a grand variety of topics, many of which are due to cause any backlash if any at all should happen – however, in the current industry we live in, anything is due to cause backlash of any amount, however baseless or factless. Two examples I can give right now are D.Va’s Police Outfit and Polygon’s newest post about Call of Duty WWII.

But I digress, and as such, I will list out some of the topics that we see tackled in Outlast 2.

And that’s just some of it from what I could see going into the game and reading up on its story and lore. But I am running on a tangent here, I believe this should only further prove my point, however.

[NO MORE OUTLAST 2 SPOILERS PAST THIS POINT]

My point being: You shouldn’t be afraid to tell a story from the perspective that it should be told in terms of the characters’ journey and the progression of your universe, you should not be obligated to appease your audience with the story they’d want to see. Instead, you should focus on the story

Instead, you should focus on the story you want to tell, and you must tell it however it must be told to give way to growth and further meaning to the universe.

And for that, I believe I must once again quote Rebels Recon.

“How did you come to the conclusion that it had to be done this way?”

“We never entered into this story, trying to think about how satisfying that battle should be. It really became about what was the genuine intention of this moment. And knowing where these two men are at this point in their lives. – I think it’s important for us, even though, in the timeline we aren’t at A New Hope, yet, to think about what we know about Obi-Wan in that movie and to work backwards in someway, to make sure the character progression charts appropiately”

This is what Carrie Beck replied when questioned in regards to how they decided to give Maul an end in such a way when it came to the end of the episode Twin Suns.

And this is what Dave Filoni replies with when tackled with the same question.

“If you talk to a lot of people that sword fight, they’ll tell you that people who are very good, don’t have long fights. Its very quick. And so that scene, is an homage to the Seventh Samurai, I think on one level people would be excited to see another prolongued lightsaber fight. But, I just really never saw the confrontation that way because to do that is to say the characters don’t have growth, yes, its exciting as an audience member but it’s not a really belieavable thing – The storytelling has to evolve.”

So, here you have it, the thing that all writers should strive for. A believable, well thought out, story. With actual growth and stakes and this is what I firmly believe as a storyteller and as a dreamer.

Your stories are yours, which you choose to share with your audience, don’t let anyone tell you otherwise, a project can be truly amazing when it comes out of the sheer strength of your love for your content and imagination and not from the perspective of what everyone would like to see on the screen or on paper.

And now we bring this one to an end, it has certainly been a long time coming, I always wanted to bring my thoughts out there in a true cohesive way in regards to this matter, it’s something that I feel strongly about and with good reason. I am a writer, a dreamer, I love my stories and seeing so much appeasing to the crowds in the industry just worries me like no tomorrow, hopefully this gets somewhere, or stays right here, I don’t mind, what I mind is that I finally got my thoughts out for those who really wanted to read them. And for that, I thank you all.

Now, let’s give a collective tease of future projects that I have on the way for you guys. 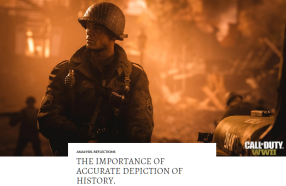 And one last thing coming straight from the guys at Progressive Halo!

We’ve been working on a project that will certainly be amazing, I am incredibly looking forward to the reception of everyone towards it, more info will be released soon enough as we’re closing in final stages for it! Look forward to it and follow the Progressive Halo twitter account at @ProgressiveHalo.

Join in the ProgressiveHalo Discord right now clicking this link as well!

And as always, live your life, play Halo, enjoy some good stories – and dream.

'Humans gamble. I'm betting that your side will win. Dead friends aren't much use'